“The Divine Question! Part I.” Tonight at 8p Central. 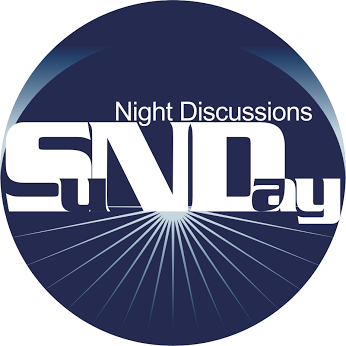 I’m looking forward to the “Discussions” this evening at 8p central.  Tonight we will have a self-proclaimed “30 Year Atheists” as one of our guest as we look at the question of divinity verses atheism.  We will also spend some time early in the show addressing a serious question regarding the Bible from last week’s show.  One of the key components of really making SND a great webcast is the questions that come in from our viewing audience.  No question is off limits and we’ll make an attempt to address as many as we can. I’ve posted the question that we’ll be looking at below.  It came from one of my newer fiends from Europe.  It’s going to be a great show so be sure to grab a friend and log in at 8p central.  If you have a Google + account you can also find the SND page and send in questions while the show is live.  Look forward to seeing you soon.

“Hey Steve, the discussion on the divine influence was what I was waiting for in the discussion. Let me know if you have the chance to address this in your next session. I see a great variety of views on this among CHRISTIANS(!!). It ranges from the “God wrote it through the hand of the authors” to “authors wrote down their experiences with God”. Fact is that the bible as we know it today was finished much later than the text you mentioned so what you say only applies if Paul and Peter used prophetic powers or god was writing it trough them. Both would be something to believe in but not able to be approached by science or historicity. 2. Tim 3:16 could refer to the Jewish scripture but the word “breathed” still leaves room for interpretation regarding the degree of influence of men and god in writing it. So here my two cents on this: I find the “Word” (logos) in John 1 as a description of Jesus. So he is the impersonated Word of God. It is clear and undisputed (for the most part) that he claimed to be (Son of) God the Messiah who was promised in the old Jewish scriptures. He taught a revolutionary message of “forgiveness, acceptance and love” and claimed if we follow him and his guidelines that we would be gods children (incl. atonement). All the other part of the scripture need to be interpreted in relation to this message and we need to be very careful in deriving dogmas from those part. This applies to many topics as women in church, slave, homosexuals, divorce and multiple other topics.”

How would you respond to this question?