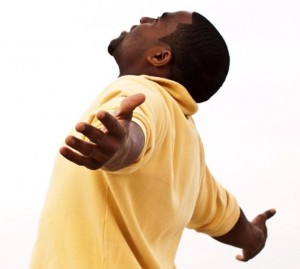 “Very early in the morning, while it was still dark, Jesus got up, left the house and went off to a solitary place, where he prayed.”  That’s the verse that came to mind yesterday morning around 9:15 or so when I felt like things were starting to go south.  It wasn’t that things were going bad but rather just a sense that the day was beginning to turn into more of a “Steve” day than a “God” day.    I was already on my way to “accomplishing things” but sensed little power and direction from above.  I had just turned out some sermon prep and was ready to tic a number of other things off the check list.  In the eyes of man I was on target to having a very successful day of busyness.  But maybe that’s where the problem was.  It’s so easy to allow the rush of the land and agenda of our corporate lifestyle to crowd God out.  The day actually started off on the wrong foot when I checked email on my phone not even five minutes after waking up and it wasn’t going much better by mid-morning.  So there I was, wrestling with the example of Jesus in Mark 1:35 and feeling like I had just gone back to the school house of prayer.  I was reminded once again that unless the first breaths of the day are guarded militantly the world will take the rest of the day away.  END_OF_DOCUMENT_TOKEN_TO_BE_REPLACED