Does traditional evangelical Christianity have anything to say in our modern time?  With the rise of millennial thinking can early 20th century Fundamentalism and present Evangelicalism effectively meet the needs of today or must we turn to new forms of spirituality for the heart, head, and hand?  Join us this evening at 8p Central as we welcome Dr. Gary Zustiak to SND.  Gary is an educator, counselor, youth specialist and millennial expert. We will also be giving away a copy of Gary’s book, The Next Generation: Understanding and Meeting the Needs of Generation X

So feel free to send in questions now and we’ll see you later on this evening.

SND Tonight at 8p central. “Where in the World are you?” 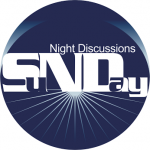 In this week’s show we will look at world views and consider how they influence our beliefs, thinking, and actions. We will ask how we arrive at our understanding of the world and what ramifications accompany those paradigms.  If you have a Google + account you can also log into our SND page and send in questions.  So grab a friend and come and see.  Look forward to seeing you live at 8p central tonight.

Now I’m not saying that the Pilgrims were perfect nor am I suggesting that we should go back to their religious dress code or imitate their legalism. Indeed they got off track in many areas like we all do. But there was something different in their core nature that is missing today in so many camps. END_OF_DOCUMENT_TOKEN_TO_BE_REPLACED