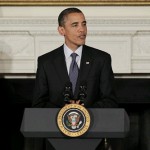 There’s been a lot of debate recently over the building of an Islamic Mosque and community center just two blocks away from ground Zero in New York.  The issue took on more steam this past weekend as President Obama endorsed the group’s constitutional right to construct the building.  But then on Saturday, the President was reported as saying that while he upholds that “Muslims have that right, that doesn’t mean he believes it is the right thing for them to do.”  There sure are a number of ways to look at this.  I understand and have felt the same knee jerk reaction of many who have pointed out that the men who flew those planes into the Twin Towers in New York were led by a strict inner interpretation of the Qur’an (Koran).  So the initial thought of a group of Muslims meeting yards away from where such a tragic event happened can cause one to wince.  But when the dust clears and the heart beat slows down, I believe the group in question ought to be allowed to carry on with their plans.  But my main reason for such a position may not be easy to see at first.  Here’s what I’m thinking. END_OF_DOCUMENT_TOKEN_TO_BE_REPLACED