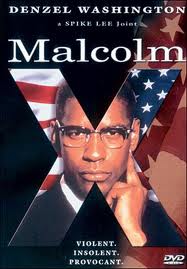 Now don’t get me wrong.  Obviously I’m not supporting the Nation of Islam.  I am in no way agreeing with Islam in general.  Islam is a false religion and Mohamed was a false prophet. That statement does not mean that I hate Muslims, but is rather an assessment of the facts.  I am not endorsing the methodology Malcolm advocated through most of his public life.  But I am suggesting that we can learn a thing or two from the way the Nation of Islam influenced his life, and see an illustrative picture of how the true nature of the Kingdom of Heaven should be lived out today.  These are principles which many Christians in the West desperately need to eternalize today.  So I’ve listed five quick observations below to begin with.  Anything you would add? END_OF_DOCUMENT_TOKEN_TO_BE_REPLACED