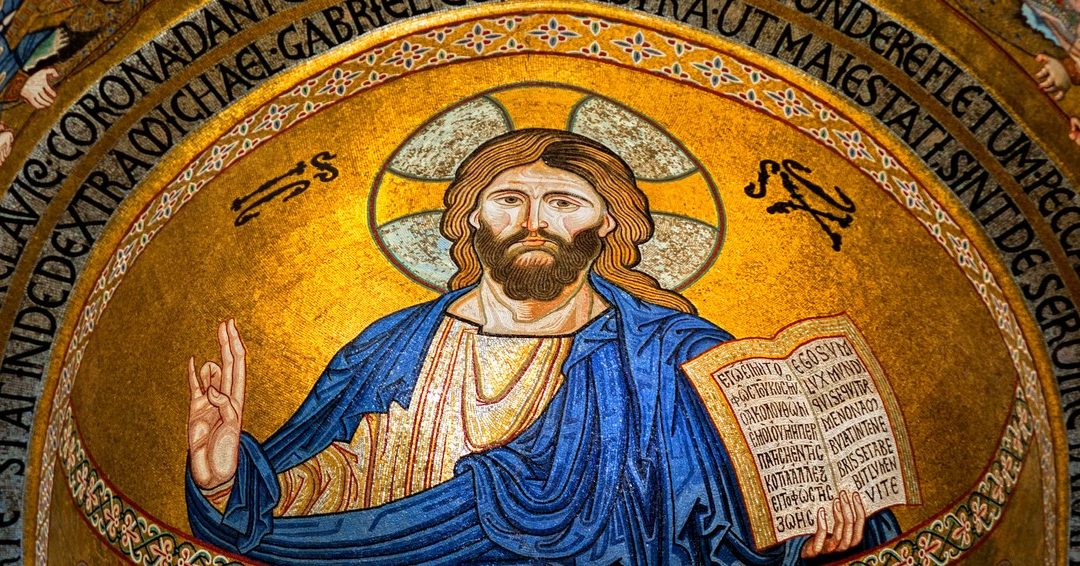 The Inconvenient Christ. Part I.

I’ve heard it a lot over the years and even more so of late.  Divine name dropping.  Jesus is referenced.   The Bible is quoted.  The god of our making is inserted into conversation so that all will know the divine endorsement of our position.  After all, how can you argue with God?

When it comes to the person of Jesus, people usually bring Him into a discussion when they believe He can lend added weight to their argument. Socially and politically speaking, conservatives will bring Jesus up regarding a pro-life position, and liberals will enter the Jesus card to support their call for immigration reform or taking care of the down and out. Good Samaritan type talk.  Sure, it’s easy to like Jesus when he does what we want him to do and say.  But what about the passages where Jesus doesn’t always comply with our wishes? Do we cherry-pick the verses we like and find tools to rationalize away passages that make us uncomfortable?

Therein lies the tension.  Are we willing to take all of Jesus or only what makes us feel good? This is the ultimate question. Are we going to follow him totally, or not?  Are we going to force Jesus to fit into our worldview, or will we allow Him to change us and mold us into his Kingdom worldview?

In launching this question and series of posts, I’m thinking of one occasion where Jesus connected both the past and the future for a present truth we must all wrestle with.  In Matthew 24:37-39, Jesus drew up Old Testament history and connected it to the future judgment of those who refuse to repent of their sin.  Noah and the ark are the object of Jesus’ teaching, and he spoke of the account as though it was just as authentic as Caesar Augustus.

In teaching on the end times and final judgment, Jesus went back to the Old Testament book of Genesis, treating it with the same authority of an actual history lesson.  Jesus taught that the flood account was the real deal.  In this context, Jesus was responding to the disciples who had asked about the end times and possible signs that might accompany them.  Jesus noted that just as people in Noah’s day had heard the message of God and rejected it, thus bringing judgment upon themselves, so people would similarly respond today and likewise perish.

People don’t talk about judgment these days.  The implication is personal sin and accountability to a Holy God, which is uncomfortable and inconvenient to our egos.  No, we like the gentle and gracious Jesus.  The God of which we must bow down to, well, that’s another story.

Yes, Jesus came full of grace. However, he came full of truth as well. Jesus also spoke of eternal punishment in Matthew 25:46, and Luke 21:27 records Jesus speaking of His second coming on the clouds with power and great glory. In describing the word picture of a grand banquet in Matthew 22:13, Jesus noted that there would be those on the outside being cast into darkness where there would be weeping and gnashing of teeth.  In a crescendo of conviction, the apostle John shares the end of all things when those who have rejected the grace of Christ are thrown into the lake of fire, which is the second death.

If we examine the facts of his resurrection and choose to call him Lord, we must also acknowledge the day of judgment.  To deny Noah and the coming judgment is essentially denying Jesus. The ramifications are enormous. Those who are outside Christ must wrestle with their need in great humility. For those who know the grace of Christ, the call to share his love with the world is paramount.  For the child of God, there is peace in knowing the day of judgment will finally bring an end to evil.  The day will indeed come when the King of Glory will settle the score and finally bring justice for those who have followed Him.

Yes, Jesus is love, gracious and kind. He is also Lord and we must reckon with this reality.  Because he is Lord, we have this assurance that he will come again someday for his children.  His lordship is both a convicting and an encouraging promise to take to the bank.

All of Jesus and Truths that Test. Part I. Noah, the Ark, and Coming Judgment.

Everybody has an opinion.  But how do we prove our point?  When it comes to Jesus, people usually bring Him into a discussion when they believe He can lend added weight to their argument. Socially and politically speaking, conservatives will bring Jesus up regarding a pro-life position and liberals will enter the Jesus card to support their call to feed the poor and take care of the down and out. Good Samaritan type talk.  But what about the passages where Jesus doesn’t always say what we want Him to say?  Do we really believe Jesus when He talks about issues that we’re not quite sure about or maybe even just don’t agree with?

What about the times where Jesus spoke in reference to Old Testament accounts as if they were really true?  Stories like Jonah and the big fish that are often placed alongside cute little kid myths of the tooth fairy and Santa Claus. END_OF_DOCUMENT_TOKEN_TO_BE_REPLACED

Would you believe it? I got a red-light ticket last month. My violation occurred the day after Christmas when I drove up to Austin to meet with Robert Tippett for lunch and some Sunday Night Discussions strategy time. Actually I was informed later on that technically it was in Round Rock, Texas where my heinous crime occurred and that my geographical blunder was very offensive to both Austin-ites and as well as citizens of Round Rock. Sorry about that. In short, I was trying to navigate traffic in an unfamiliar area and I took a right turn on red without coming to a full and complete stop. Yes, there in lay my crime. I know the law. One must come to a complete stop before turning right on red. Taking a quick look before turning doesn’t cut the mustard. I was frustrated though and in a hurry. So I figured my intentions were good enough. I just assumed that overall I’m not a bad driver. I mean this is only the second ticket since I got my license the day after I turned 16. I didn’t hurt anyone and my haste was obviously for a good purpose. It should not have been a big deal at all. Come on, it’s not like I had road rage or something. END_OF_DOCUMENT_TOKEN_TO_BE_REPLACED