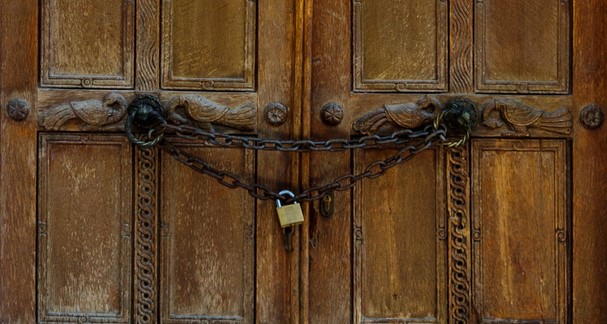 My Hope After Lockdown!

Dread is probably too tough of a word.  But I am a little concerned about my first day back at the gym when everything opens up again from the COVID19 lockdown.  I’m trying to do some exercise now, but it’s not the same and when I finally make it back to the weights and inclined treadmill – I think it’s going to kill me.

Anticipation is the right word though when I think about the first Sunday morning back with my church family.  Like many churches, we are doing what we can with technology to share my sermons and stay connected, but it’s not the same. Yes, life has been different the past six weeks and thus people have been forced to take stock of what’s important and remember deeper truths.   I hope that when we move out of this dark valley we will see central truths about the church as well.  Though there are more, here are five of those truths about the authentic church I hope people will see.

1. The True Church is the People.

Are we closed or open for business?  If church is merely a Sunday morning gathering club, then yes, we’re quite closed right now.  Yet when we unpack the word, church, it identifies the people of God who are called out of the world to himself. The church is the people and not the building or program.  I hope we will see that while we may not be able to meet together in large numbers, we are still called to live out our mission for Christ and those around us.

Christian work is not reserved for the professional leaders while everyone else does their worldly job and merely shows up on Sunday morning to be taught spiritual mysteries.  Rather, Paul notes in Ephesians 4:11 that the role of leadership is to equip the saints for the work of ministry.  Coach and player might be the right feel here.  Every Christian is filled with gifts and talents needed to advance the ball down the field as we work together.  I hope that when this is done every follower of Jesus will see their unique and essential role in the Kingdom.

3. The True Church is a Family.

“God’s Family” is the actual phrase Paul uses in 1 Thessalonians 4:10 and I have loved seeing some of that play out in my local church.   I have seen our church family checking on and supporting each other, continuing to support the mission financially, and the numerous little acts of love like when a team of volunteers went out to sing from the sidewalk to seniors who cannot get out at all.  We are loving each other the way God intended for us to do and I hope that this will continue with an even greater fervency in the future.  People need a family and that is what the church is.

4. The True Church is a Life-Saving Station.

After the resurrection of Jesus, he gave the first believers what we now refer to as the great commission in Matthew 28:18-20.  Here he called them to make disciples the world over.  Some will suggest that this commission was meant for the first disciples or professionals in ministry.  But the context of the New Testament does not lend itself to such an interpretation.  On the contrary, the apostle Paul referred to everyone in the church as “Ambassadors of Christ” in 2 Corinthians 5:20.  As an ambassador, our mission is the mission of our king.  Jesus declared his mission in Luke 19:10 as one of seeking and saving those who are lost. I hope that we will see that when Christians leave the church assembly on Sunday morning they are truly leaving the lifesaving station to go out into the world to reach the lost just like the Coast Guard leaves their shelter in a perilous storm to save drowning sailors.

5. The True Church is not to be Taken for Granted.

The first gatherings will be exciting when the lockdown is lifted. The question though will be the following months as life yawns into routine.  It’s sad, but how often do we decide to attend, or not attend, the local assembly based on how we feel that day or what we may or may not get out of it for ourselves?  When we do this we forget the purposes of the true church.  When we do this it becomes less important and is eventually dropped to the bottom of our priority list. This has been the case many times in history dating back to the first century where the author of Hebrews exhorted the first Christians to “not give up meeting together, as some are in the habit of doing, but to encourage one another.” In thinking about our time apart, maybe we can remember that in some countries, today and throughout history, Christians have been forbidden by atheistic or Muslim governments from gathering together. When this season passes, I hope we can see how much of a blessing the weekly gathering of the saints is and work to never take it for granted again.

At this writing, I don’t know when the restrictions will be lifted.  The opening may be gradual and I’m sure new safety efforts will be put into place.  But it is my hope that whenever and however we return, it will be with a renewed passion and energy for the body of Christ.  Jesus built the church and the church is his bride.  God’s heart is for the church and I hope that when this season begins to draw to a conclusion, your heart will be drawn closer to the church as well.

All of Jesus and the Truths that Test. Part II. Jonah, The Whale, and a Whole Lot of Grace.

The old Sunday School lesson says that Jonah was swallowed by a whale and spit out three days later to preach God’s message to Nineveh.  So the story goes anyway.  While the original text does not require the specific word whale be used, Jonah 1:17 does give that account.  Historically, the event would have taken place during the reign Jeroboam II around 793 – 753 BC.  The context is one of Jonah being commanded by God to go and preach to Nineveh which he didn’t want to do because of his personal and national animosities to the Assyrians.  Nineveh was their capital city.  Jonah rebelled and went in the opposite direction by sea.  God intervened and the men of the ship threw Jonah overboard into the ocean which is where the oversize critter showed up for lunch. It was during his time in the big tuna that Jonah himself repented and thus God caused the fish to vomit Jonah up onto dry land giving the prophet a second chance at obedience. Jonah did obey this time and the text tells us that after his preaching to Nineveh the city repented and accepted God’s grace. Nice story. But did it actually happen and so what? END_OF_DOCUMENT_TOKEN_TO_BE_REPLACED