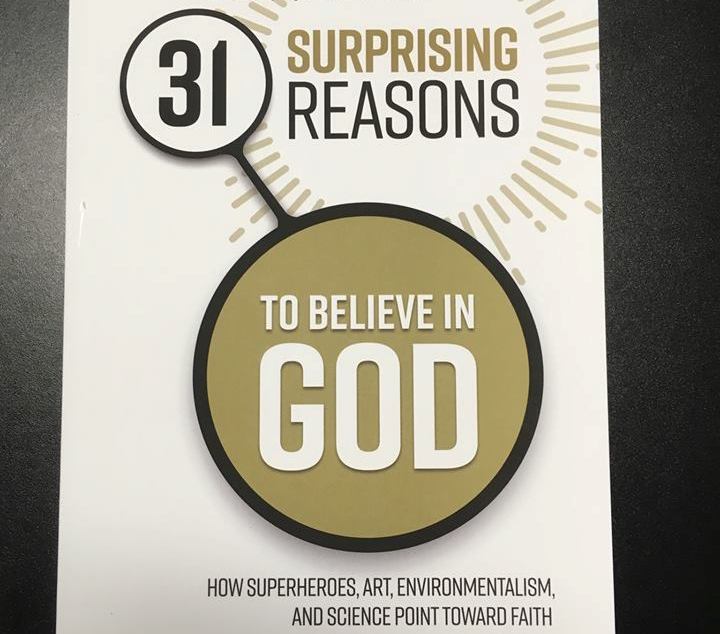 One of the big items on my summer reading list was Rick Stedman’s new book, “31 Surprising Reasons to Believe in God.” I first met Rick while planting a church from scratch back in Nor. Cal from 2004 to 2009 and found him to be a humble and brilliant man of faith who truly loves people.  God worked through Rick to plant one of the greatest churches in the Sacramento area which has blessed countless people across the globe.  In 31 Reasons, Dr. Stedman systematically moves through various issues such as beauty, yearning for a better world, science, physics, philosophy, and a hopeful eternity which when looked at in detail all give us glimpses into the Divine. END_OF_DOCUMENT_TOKEN_TO_BE_REPLACED

For the longest time I thought the term ADHD was reserved for parents who just didn’t know how to raise their kids. Then God gave me the poster child for the condition in our first born. My son, John, is a genius.  He also has more energy than a platoon of Marines about to storm into enemy territory.  Forget trying to fit John into any kind of mold of properness and organization.  Calmness for him means that only two volcanoes are exploding simultaneously instead of twelve.  But the real awakening came when I realized that if experts were classifying Attention Deficit Hyperactive Disorder when I was a kid back in the 70s, it would have been me they were talking about. END_OF_DOCUMENT_TOKEN_TO_BE_REPLACED

But beyond that, it was amazing to see the international makeup of the crew on the ship that carried us on our anniversary adventure.  I had heard of cruises like this before.  The complement of the crew was comprised of people from all over the world. Western and Eastern European nations.  Russia and Slavic nations.  People from the UK, Australia, and South Africa.  Countries from Asia, South America, and other were all represented. END_OF_DOCUMENT_TOKEN_TO_BE_REPLACED Is Thanksgiving really that big of a deal?  Stop by the neighborhood tonight to find out.