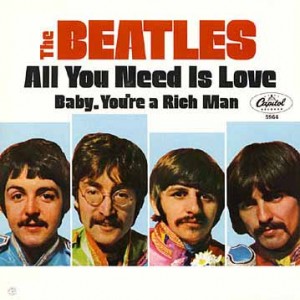 Well I’m getting stoked about my sermon for this upcoming Sunday.  We’re at the midpoint in a series at The Crossings called “The New Agenda” taken from Colossians 3:1-17.  The whole crux of the series deals with living out the new life we have in Christ.  The theme of this third installment in the series will be one of “Putting On” the new life of Christ.  Toward the end of verse 14, Paul exhorts us to put on love which binds everything else together and that makes a lot sense.  When you think about it, by purposefully loving others, we naturally cover all the facets of what it means to treat others from a Kingdom perspective.  But how and who are we to love?

For me, the folks that are really hard to love are not those with the big spiritual baggage and rebellion.  I’ve found it easy many times to extend grace to those who have stumbled and fallen.  Those who are sometimes considered outcasts by the “Religious” establishment are not my problem.  Maybe that’s simply because I’m a big recipient of grace myself.  Maybe that’s because I’ve really screwed up in my life and know what it is to need God’s grace.  No, those are not the people I find difficult to love. 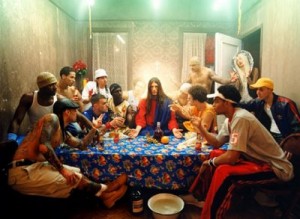 For me, the ones that crawl under my skin and force the greatest challenges are the religious folks.  By this I mean the ones who are always pointing out flaws in others who don’t measure up to their level of self-righteousness.  These would be people like the older brother in the parable of the prodigal son from Luke 15.  Actually the story ought to be called the “Parable of the Loving Father” as the focus of Jesus was more on God’s love rather than the son’s sin.  That is seen not only in the way he responds to the prodigal, but also in the way he entreats the older son to come back into the house.  The older, self-righteous brother didn’t want to go in and be with his brother who has just come back from a life of rebellion.  But the father went out to him in love.  For me, that’s the real difficult thing.  I have a tendency to want to ignore or blast the self-righteous.  That is until I realize that I’m being just as snobby by not extending a hand of grace to them as well.  Paul tells us in 2 Tim. 2:4 that God desires “all men” to come and know him; including the older brothers among us.  So for me, while I can’t excuse their sin of self-righteousness, I still need to constantly remember that God loves them just as much as he loves the sinner who has come home.  The proper response for me should be to find out what is behind their background then discover practical ways to show love to them as well.  What about you?  Who is it in your sphere of influence that is the most difficult to love?  The atheist, the blatant sinner, the competitor, or the self-righteous?  Whoever it is, why not take some time this week to go out of your way and love them the way the Father would?