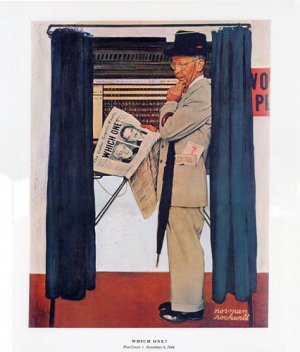 Today the United States will change. After Americans go to the polls and ultimately the Electoral College vote is cast, one direction or the other will be set in motion. Either the governmental philosophy of President Obama will be fully confirmed or the direction of Governor Romney will set another course.  Either way, we are looking at monumental change.  I have friends who are cheering for each side of this debate. I have friends from all across the political spectrum who will either be throwing a party tonight or settling in for a somber night’s sleep. Indeed this is a serious election.  But after you go to the polls, here are two main principles followers of Jesus Christ need to keep in mind at the end of the day.

Foundationally we need to remember that God is not biting his nails and fretting over the upcoming results.  God will not wake up tomorrow saying, “Wow, that was a close one” or “Oh no, what do we do now?”  God still sits on the throne of the universe and time. While we have the freedom to participate and vote we must remember that He still rules above the flood and changes times and seasons, he sets up kings and deposes them.  No matter how the results come out, we have to keep in mind that ultimately we are part of an eternal kingdom with an eternal purpose.     Note also: Isaiah 40:15   Isaiah 40:23   Daniel 4:17   John 19:11   Isaiah 41:10

2. Our basic direction is still clear.

We are free to vote and we should vote.  But as a follower of Christ, remember that our Kingdom is bigger than the Kingdom of America. We should vote and vote for the candidate who is as close to a Biblical world view as possible. But remember that God’s Word has called his children from all time and all nationalities to do at least three things when it comes to government and elections.

a. We are to submit to governing authorities.  Romans 13:1-7 and Titus 3:1-2.  In order to maintain order in society, God directly calls us to obey the government unless we are clearly called to contradict God’s word and deny Christ.  Acts 4:19.

b. We are to pray for those in authority.  1 Timothy 2:1-4.  This verse hit me for the first time a number of years ago when a President was elected that I didn’t vote for.  However, I saw my responsibility to pray for him.  The objective is the soul of those in government and also the ordering of society.  Within an ordered culture it is much easier to proclaim Christ than in chaos.  That is God’s ultimately desire, that “all men might be saved and come to a knowledge of the truth.”  Remember that under the influence of the Holy Spirit, Paul wrote those words while Nero was on the throne of the Roman Empire.

c. We are to “keep our heads in all situations” and remember the bigger picture.  This is probably the most emotionally charged election I have ever experienced.  Yes, the consequences are huge.  But so is the opportunity for followers of Christ to demonstrate not only maturity, but trust in God’s provision.  The US culture is profoundly explosive and divisive right now with even some fringe elements threatening to fight if the election doesn’t go their way.  While we’re not even near that ball park, we can still influence others by our response to the outcome with either love or hate.  So whether the results come out the way you want or not, remember to keep calm and look up to the King of Kings who is “the same yesterday, today, and forever!”  He doesn’t change.

Wow, kind of reminds me of the poem by Kipling that I had to learn in High School, “IF you can keep your head when all about you are losing theirs . . . Yours is the Earth and everything that’s in it, and – which is more – you’ll be a Man, my son!”