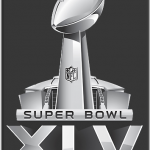 This week America will be watching the Super Bowl in Dallas and though my team won’t be in the game, I’ll be getting together with friends Sunday night to take in the match.  While it’s going to be fun watching the game, it would sure be a whole lot more exciting to actually be able to play in the game.  (Which is what the Dallas Cowboys are feeling about now)  But when you think about it, what we have in the Super Bowl is a select group of professionals out on the field playing while the rest of us chug our cokes, eat our nachos, and dream of a big day when we could be in a big game.  But that’s the point: they play and we watch.  We can talk about the dumb plays called, hand offs fumbled or missed sacks by the defense, but it really doesn’t matter because we’re not on the field.  The connection here is that in the Kingdom of God we are all called to be a “Kingdom of Priests” and engage in the battle.  But often it’s quite the opposite of what we experience.  So many times Christ followers in the West settle for sitting in their chairs each Sunday while the paid professionals take the field.  The preachers preach and the teachers teach and the rest just drink it all down and complain from time to time about poor plays from the paid staff.  But God has more for us in the Kingdom.  He has called each Kingdom citizen to take their God given gifts and use them for the purpose of glorifying Him, reaching the lost, making disciples, and building up the body.  I guess you could say that being a Kingdom citizen is truly realizing that life is a team sport and we’re all needed to advance the ball down the field.  The CHURCH needs you, the Church needs us all.  So what’s your position?  How do you fit in?  Isn’t time that we all get off the bench and join the game?