Solidarity is what she opened her discussion with.  Shortly after the December 2nd mass shooting in San Bernardino by a Muslim husband and wife, Wheaton College Professor, Larycia Hawkins, set out to demonstrate solidarity with her Muslim neighbors by wearing a hijab.  She cleared the actions with Wheaton, which is a major Christian liberal arts university, and all appeared to be fine.  While my idea of solidarity promotion wouldn’t include the wearing of a hijab any more than suggesting that a Muslim cleric wear a Catholic Priest’s collar, I understand the desire to do something to foster a spirit of peace.  I agree that stereo typing all Muslims as terrorist is something that we must fight.  Days later though Professor Hawkins was suspended by the university.  As some raced to condemn the institution and point to the public wearing of the Islamic female head covering as their reason, the real issue was much deeper and I completely agree with Wheaton’s decision.

Shortly after donning the Muslim hijab, Hawkins posted on her Facebook page that she loved her “Muslim neighbor because s/he deserves love by virtue of her/his human dignity,” and that “I stand in religious solidarity with Muslims because they, like me, a Christian, are people of the book. And as Pope Francis stated last week, we worship the same God.”  I’m on board with the first part of her statement as all human beings are created in the image of God and thus have value.  The crucial problem though is in how she unapologetically finished the statement. Yes Muslim, Jews, and Christians worship a monotheistic God. Yes Muslims, Jews, and Christians trace their faith to the Patriarch Abraham. However, to say that Christians and Muslims worship the same God is to miss the totality of Christianity and the expressed mission of Jesus and the hope of restoration with God.  In John 4 Jesus taught that God is looking for those who worship in  Spirit and Truth  instead of relativity.  The crux of the issue comes down to how these religions deal with the sin question. Islam says one must work to appease God in hopes of Heaven and that Jesus was merely a profit of God.  In Islam, Mohamed is the ultimate prophet.

On the other hand, Jesus himself claimed that he was more than a prophet, but the actual Son of God, divinity in the flesh, and that “no one comes to the Father except through him.”  How could Jesus make that kind of brash statement? Because Jesus is the only one who effectively answers that sin question.  Jesus lived a perfect life without sin and yet chose in his love to take on the payment for our sin on the cross. He then rose again on the third day demonstrating his victory over sin and death. The two religious teachings are at polar opposites and simply cannot be logically reconciled as being the same worship of God.

Wheaton offered Hawkins an opportunity to clarify her statement and to engage in more conversation with the college board of trustees in order to restore her tenured position. However, Hawkins said she is “done talking the finer points” of theology.  Finer points of theology? This is not splitting a theological hair by any means but rather THE foundational tenant of faith. In an interview (here) she never once addressed the theological exclusivity of Jesus Christ, his divinity, and answer to the sin question.  For that reason I believe Wheaton was spot on in their action.  Yesterday, Hawkins stated that she “was naively thinking they wanted to cooperate” with her but yet she is unwilling to change her position on what appears to be post-modern religious universalism.  She refused to accept any position but hers as valid and blames the institution for the tension.  Because the institution will not change their clear doctrinal position to meet her theology it is their fault according to Hawkins.

Professor Hawkins is not alone in her thinking.  Rather the “all roads lead to heaven” worldview has consumed the philosophy of many if not most American and Western thinking today.  In one of the comment threads following an article on the Wheaton /  Hawkins debate a reader claimed the importance of “the underlying Sameness among ALL persons, and hence, all religions.”  It’s the thinking that religion, and especially a general spirituality is fine, but to offer up a Christianity, a Jesus, who claimed to be the “only way to God” is to be shunned. 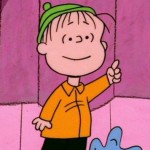 An immediate illustration of this is the way Jesus is treated during the Christmas season and this year seems to be a highlight.  December 2015 marks the 50th anniversary of A Charlie Brown Christmas special and President Obama and the first lady took time to introduce the show to American Children.  In the intro Mr. Obama suggested that Christmas is really all about “tiny trees just needing a little love” which apparently when done will bring peace toward men.  “You’ve got to be kidding me” is what I thought when I looked up and confirmed the clip on YouTube.  Even if one does not believe in Jesus, you just have to watch the show to see that Linus was clearly pointing to the birth of Jesus Christ as being the real meaning of Christmas.

Why in the world would President Obama blatantly redirect children from the clear birth narrative referenced in the cartoon? Why is it that atheists will trumped the myth of Santa Clause but attack the history of Jesus of which they say they don’t believe in?  The two questions are really the same. They find the true teaching of Jesus to be offensive because it is convicting.  If Jesus came to deal with sin, then the implication is that we have sin. If Jesus came to seek and save that which is lost, the ramification is that  . . . we are lost. The problem is pride.  We just don’t want a religion where we’re accountable for our sin.  Even if we acknowledge our sin, we like religions that offer a system in which we can work our own way back to God.  We want something where we can glory in our own deeds of righteousness. Yet, Jesus just doesn’t play our religious games and that’s why the real Jesus seen in the Bible is not welcomed in public discussion.  A nice, happy, non-convicting Jesus?  That’s fine.  But the one who deals with sin and demands that we follow him; well that’s another story.

That is what authentic Christianity is all about.  I agree with Professor Hawkins that we are all created in the image of God and thus have value.  The divergence takes place from Larycia when we confront the reality of our sin which is offensive to God.  The only logical question then is how to deal with the sin.  The historical narrative of Christmas is that “God so loved the world that HE gave His one and only son that whoever believes in Him should not perish but have eternal life.”  God; came and dwelt among us! Emanuel; God with us!

So why do I support Wheaton’s decision and the lost Jesus of Christmas? Because the birth of Christ is the only hope we have. In the tiny manger scene that Linus spoke of in the Charlie Brown Christmas special, we see that no matter what we’ve done or where we’ve been, God loves us and has made a way for us. The way is in Jesus Christ.