Pondering Politics and Piety. Part I.

Well we’re just a couple of days away from a huge election here in the US and I figured now was a good time to address an issue that a lot of folks are thinking about: how are true followers of Christ to respond to political issues?  While political discussions are not the purpose of Kingdomology, we still live on this side of eternity and we do move in and out of political relations as with any other aspect of day to day life.  Authentic followers of Christ don’t shut themselves up in a monastery, but rather engage the world around them with the love of Jesus.  So with that, I want to start this discussion by addressing a serious misunderstanding which is rampant in our day of Politics verses Piety.

A root cause in this apparent struggle is a misunderstanding in how people today interpret what has come to be known as the “Establishment Clause of the First Amendment”.  The short and sweet is that historically it was put into place as a reaction to the British Empire mandating that everyone in the realm submit to the Church of England.  Even now the British people pay a part of their taxes to the State Church.  The American Founding Fathers didn’t want to make the same mistake.  However, their intent was not to totally eliminate God from Country.  Yet, the idea today has grown to a point where we have a tendency to differentiate in our lives between the ‘Sacred’ and ‘Secular’ when in actuality we don’t find that in scripture.  The thought process says that it’s ok to talk about God in your home, church, or any other place except for your job and certainly not in government.  But the truth is that if God is indeed real, then He has wisdom for every aspect of our lives. 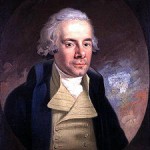 Os Guinness in his book, The Call, does a great job illustrating that God calls everyone first to himself and then to a specific individual calling in her or his life.  In other words, we were all made for a purpose in this life.  Everything we do is to be done for HIS glory and enjoyed for HIS glory.  This includes everyone whether they are a plumber, plastic surgeon, preacher, or president.  One illustration of this by Guinness is William Wilberforce who led to the abolishment of slavery in England.  While the US Civil war was fought over a state’s right to secede, the big powder keg which led to the war was the debate over slavery.  In the US, slavery finally came to an end through Lincoln’s Emancipation Proclamation and the death of thousands of young men.  But across the Atlantic Ocean years earlier, a conviction filled, ‘religious’ man, William Wilberforce, spent years in Parliament working for the abolition of slaves.  He eventually won the battle without a shot being fired.

So the main point is this, it would appear to be a fallacy to completely remove the “spiritual” from the “political” or any other aspect of life.  The authentic Christian journey doesn’t work that way.  As a Christ follower, I bring my faith into every area of my life all the way down to picking up trash, to actually pursuing ethical business practices, and all the way up to decisions made in the Oval Office.

Regarding politics, to live with the “separation of Church and State” as it is interpreted in our modern age of “choose which moral works best for you” is to do so at the peril of any society. With no accountability to a higher power or moral compass, each person makes his or her own truth and chaos is the ultimate and inevitable conclusion.  Then unfortunately, the only way to hold off total chaos is with an iron fist.

But on the other hand, a major tenant to the teaching of Christ was that, “Greater love has no one than this that he lay down his life for his friends.”  That totally goes against the grain of our modern “me and my rights” society.  Christ taught us to deny ourselves for others.  Can you think of anything better for a society than an environment where everyone is actually looking out for the interests of others rather than just what is best for them?

Now this does not mean that I’m advocating a new political party or championing an existing one.

I’m certainly not saying that Christ followers should act like jerks and cram their agenda down the throats of those who don’t agree with them.  But rather I’m just illustrating that we cannot dichotomize between politics and religion.  Real faith is something that intersects every aspect of one’s life and it would follow that as everyone lives out their God given call in their own spheres of influence a whole lot more people are going to experience the love of Christ. What are some ways you could introduce your faith into the public arena?