Kingdom Hope for the “Divorce Generation” 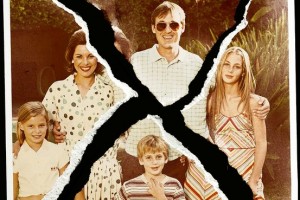 I just read a great article in the Wall Street Journal about how divorce in America has affected Generation X folks.  It was a well written piece and thought provoking.  But like most media today, it said little about God and His design.  So I posted a comment to the article online and have pasted it below.  Enjoy and feel free to chime in here or at the WSJ site itself.

I was born in 69 and having gone through more than one divorce as a kid and a number of men coming in and out of my life, I really resonated with the article.  I was there and I get it.  Thanks and good article Susan.  I know the pain that so many people my age have experienced and have likewise heavily invested in trying to have the “perfect” marriage.  But maybe a different slant in my marriage has been that of a Biblical foundation that is often foreign these days.  In other words, we have tried to base our marriage not so much even on the kids as that of God’s design for marriage.  Divorce has never even entered our minds.  The reason for that hard stand has not actually been for the kids, but because we made a commitment to God first, and each other second.  All this is not to say that we’ve done everything right.  We’ve both REALLY blown it at times.  We have been furious with each other and really hurt each other at times.  But because we’ve made God the focal point of our lives, we just celebrated 20 years of marriage this past June and are already looking forward to year 25 and so on.  All that to say; I wonder why folks don’t at least consider the whole God and marriage thing.  I’m not talking about mere words in a ceremony, but the reality of divinity and HIS plan for life.  Even looking back into the past, it appears that children may not have actually been the major focus, but rather a sense of “marriage is marriage.”  It was a divine institution and once you got in, you were in; no questions asked.  For us, since divorce is not an option, we have been forced to just grow up, make sacrifices, and work things out. Then in time, what we’ve found out is that by actually putting God and the other person first, positive change comes.  So I suppose in conclusion, it seems like the whole “God and Marriage” thing worked for generations of yesteryear so why are we so afraid as a society to look into that option again?  When you think about it, it couldn’t hurt.