Have you seen the final installment of the Harry Potter movie empire yet?  I haven’t.  But with it bringing in some $168.6 million on opening weekend it sure is something to talk about.  I wasn’t thinking too much about it until I logged onto Face Book this morning and noticed an interesting post by one of my friends.  He jokingly wondered how many “Christians” who loudly protested the first movie a number of years ago were now in line buying tickets to see how the whole series finished up.  “God Hates Witches” they shouted back in the day.  I remember those days and thought I’d drop a few thoughts on how followers of Christ can better respond to such a phenomena.  Here are some things to start with.

1. Is rudely protesting a movie really that smart?  I don’t see the first Christians doing that in Acts.  While Jesus told the woman caught in adultery to leave her life of sin, the only folks he whooped up on were the religious Pharisees. Maybe spreading the love of Christ and Kingdom of God would come a lot easier if we just lived the way Christ lived instead of trying to fight his battles for him.

2. On the God “Hates” issue though, we really do need to rethink this. So many times today people look at God as the big sugar daddy up in the sky that is available at our beckon call. But the reality is that God does indeed hate sin and his wrath is heavy on those who oppose and ignore him. Note Ps. 5:5 as a starting place on that one. But that is why God sent Christ. God is Holy; but He is also perfect in love. That was the point of Christ dying on the cross; he took the punishment that we all deserve.

3. So witchcraft is indeed sin. But so is gossip and gluttony which seem to be fine with many Christians.

4. There are real people who practice real witchcraft today. Debi and I have a friend back in Nor Cal who is a “practicing witch”.  We love her as a person and friend. But we don’t excuse the practice. The real deal is not a laughing matter.

5. With our girls who have watched some of the movies and read some of the books, we have explained to them that this is all pretend but that there are real people who are into magical spells. That’s a bad deal.  But we’ve also showed them that God is more powerful than witchcraft. 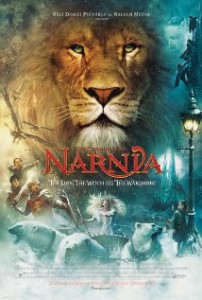 6. What about “The Lord of the Rings” and “The Chronicles of Narnia“?  The point being that if we make a blanket statement that you can’t read about or watch movies with witches; you have to throw those out as well. Yes, there is a difference between the Chronicles of Narnia and Potter. CS Lewis wrote clearly with Christian allegory in mind. Likewise, one can easily see the Christian influence in Tolkien. I think the reason why some folks get upset with Potter is that it is presented in such a way as to make magic something noble and fine in modern life where as the others are clearly fictional stories in the middle ages.  But we still need to watch those all or nothing statements.

7. So witchcraft is a big deal and the first Christians in Ephesus who came from demon worship treated it that way.  They actually burnt their scrolls which monetarily equaled up to many years of wages. Reff. Acts 19:18-19.  Again, the point being that as followers of Christ we should not personally engage in the practice or even get involved with such things as tarot cards or fortune telling.

8. Over all, it seems like the best option is for everyone to just keep their heads on. Witchcraft is a real deal which is condemned by God. But HP is just a book and adventure movie. I’ve seen a couple of the flicks with my kids. On one side; just some fun, no big deal. On the other hand, without proper education, the HP books can lead some astray. So balance seems to be a big word here. Intelligent conversations, not shouting matches.