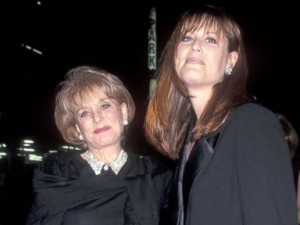 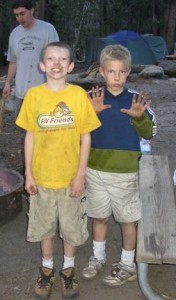 The Hinton boys who are becoming Men; Camping in Yosemite 2005.

For me, I still remember a night back in 2002 when I was in Cincinnati to receive my MA in Practical Ministries. Deb and I were at our hotel for the evening and the kids were still young enough that I could actually pick them up and throw them across the pool. Good times were being had by all when two older guys walked by and look right into my eyes and told me to enjoy this time and cherish it because it would soon be over. Ok I thought; not bad advice. Yet, I’m not sure how seriously I took these two unknown messengers of wisdom. After all, we’ve got plenty of time and there are many important things to be done.

Fast forward to today and my oldest son is graduating from High School in a couple of weeks.  I’m wondering where the time has gone. I’m proud of my son and his ambition to head off to college by himself in August. I know God made him for a purpose and that he will do well. The fact of the matter though is that the time has flown by. The boy with more energy than any one human being should be allowed to have is about to launch out on his own just like I did when I pointed my car toward college so many years ago ready to take the world on.

Twice in the Psalms King David tells us to number our days and for good reason. (PS 39:4 Ps 90:12) It’s usually not until we’re in a funeral home, hospital, or on the door step watching our pride and joy drive away that we’re reminded of the most important and eternal things. The investments we make in the lives of those around us really are more important than the stock portfolio we amass or the promotions we achieve. It’s the relationships that live on when the accolades of this world fade.

It’s really like that with God and His kingdom as well. In Luke chapter 10 we see the historical setting of two sisters experiencing the Son of God in their home for friends and food. Jesus is teaching of matters of eternal weight and sharing true life with all who would come. We find one sister, Mary, enraptured with the setting like a child walking into Disney Land. Attention to the master was not an issue and time was not even on the radar screen. This season near Jesus could have lasted forever if practicality had not walked into the room. Sister number two in the mix is the one we’d want to be principal at our kid’s school. Martha was the serious and organized one. She ran a tight ship and wanted to make sure everything was right for attending to the needs of Jesus and his band of disciples. You can probably imagine tensions from the home where these two girls grew up. But sometime during the day Martha had it with her philosophical sister and asked Jesus to step in as time was wasting and things needed to be done. Mary needed to pull her own weight. Jesus did jump in but he gave a reply that Martha and many of us needed to hear; he told her to be still.

With a compassion that only Jesus could bring in that hour he reminded Martha that while what she was doing was good, it was not of the utmost importance and that Mary had actually made the right choice of priorities. Mary had numbered not only her days, but her hours and moments as well.

Now let’s not be too hard on Martha as we’ve probably been in her rushed shoes at some point or another. Rather, let’s just step back and ask about our own priorities. Yes, there are practical things to life and that good old fashion Protestant Work Ethic really does mean something. But at the end of the day, when our kids leave and our strength fails and those coming behind us achieve greater success than we did, very few things we think are of timely importance now will really matter in light of eternity. God created us for a relationship with him and those around us.  It is those kind of relationships that will last much longer 12 years of public school.

In 23 BC Latin poet Horace said “Seize the Day.”

In 30 AD the Son of God said, ““Do not store up for yourselves treasures on earth, where moths and rust destroy, and where thieves break in and steal. But store up for yourselves treasures in heaven, where moths and rust do not destroy, and where thieves do not break in and steal. For where your treasure is, there your heart will be also.”

So what are you investing in today?

BTW. We’re now accepting donations for John’s college fund, or if you’d like to reimburse us for our years of raising this future world changer feel free to send the check directly to us.