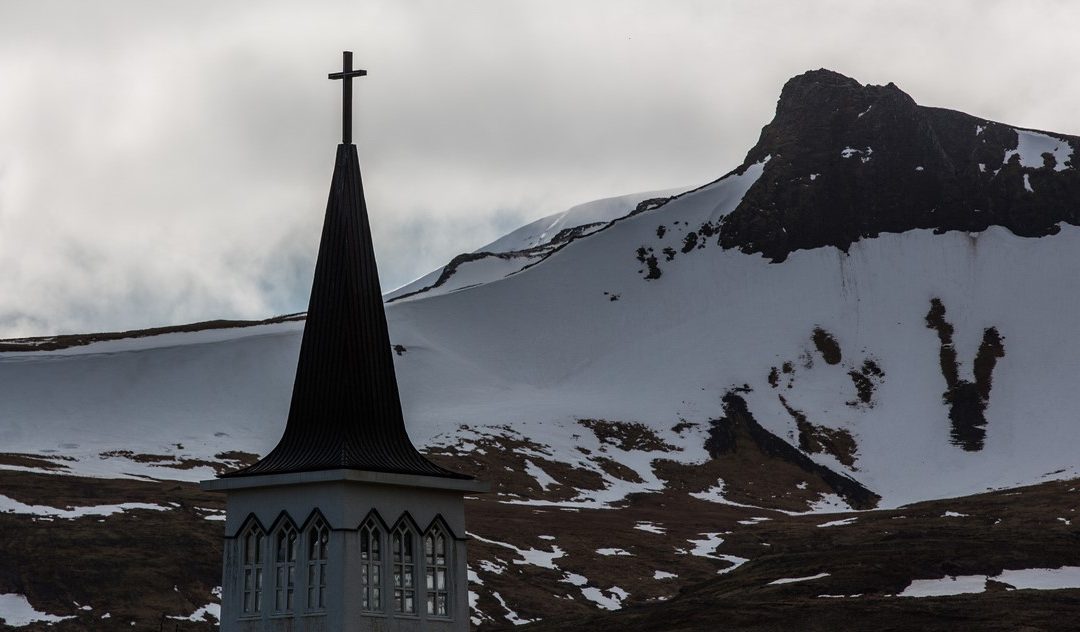 Living as Though it is So!

As I stink at football, I don’t have many temptations to be an armchair quarterback. But sometimes, with self-assurance, I read the Bible and say, “I’d never do that.” When you think about it, the scriptures are full of examples of people doing dumb things and making horrible choices. Sometimes it’s a lack of knowledge or simple rebellion. Others stumble because of weak faith in the face of tremendous pressure to reject God’s plan.

The other day I was thinking about Jeroboam, the first king of divided Israel after God split it away from Judah, which Solomon’s son, Rehoboam, ruled. The inner cause of the kingdom’s breakup was the sin of Solomon in his later days of rule. So as God elevated Jeroboam to lead the northern kingdom of Israel, He made it clear that He would build an enduring dynasty for Jeroboam if he trusted and followed God.

Sounds excellent and straightforward. The problem arose when the king feared potential political ruin and attempted to fix things with his fleshly wisdom and strategy instead of trusting God.

The chronicler tells us that Jeroboam thought to himself, “The kingdom will now likely revert to the house of David. If these people go up to offer sacrifices at the temple of the Lord in Jerusalem, they will again give their allegiance to their lord, Rehoboam, king of Judah. They will kill me and return to King Rehoboam.” After seeking advice, the king made two golden calves. He said to the people, “It is too much for you to go up to Jerusalem. Here are your gods, Israel, who brought you up out of Egypt.” (1 Kings 12:26-28). Rehoboam knew the promise of God, but when the pressure was on, he thought he could do a better job.

I want to think I would have acted differently than Jeroboam, that I would have trusted God and remained faithful. But I’m not so sure. The truth is that while I am often clear on God’s promises and the reality of His kingdom and will, my flesh sometimes panics under worldly pressure. Therefore, I must remind myself and listen to the reminding of others of what is true about God and his promises. If Jesus is preeminent above everything and his eternal kingdom, though not completely fulfilled yet, is expanding today, then I ought to be able to trust him and live differently than the world around me.

Instead of “thinking to myself” about ways to control and fix life, I will live in hopeful trust and obedience. Trust and faith affect how I deal with money, work, and relationships. Faith and trust will govern my emotions when doubt closes in on my soul like a San Francisco fog. By conviction and obedience, I will stand steadfast with hope, knowing that God is in control even if I can’t see it.

Yes, if Jesus is preeminent and his promises are true, if this is so, then we can, and we must live differently. We must live as though this is all so. Though this may force us to make decisions that seem odd to the world around us, the life of trust will pay off, and God always keeps his word, even if not on our timetable.

So be encouraged, my friend; God is trustworthy. It is so!

Why You Must Read A Bible Today!

Honestly, his casual comment annoyed me. I’d expect that sort of quip from an angry atheist or, at best, an honest skeptic who was open to investigation. As we talked about God, the Christian life, and the Church, the man who had just come into my office for some advice blurted out, “The Bible has been translated so many times that you can’t know what God said.” This man is highly educated and trained as an engineer who understands the principle of research before drawing conclusions. But this man is not an atheist.  He is a proclaimed Christian, and thus something was off here.

I started to engage him about his statement but quickly assessed that his mind was made up and was not open to other options than the one where he had comfortably arrived. So, I just left him in his quiet rant, knowing I could do no more. But if we’re intellectually honest, we must offer the same rigorous study of Biblical evidence as we do for every other area of exploration. The claims are either true or not. We cannot simply chuck them away with flippancy and still call ourselves serious thinkers.

But the issue is more than the integrity of the Bible; it is also the purpose of the Bible. The eternal transformation, wisdom, and life application for today are in the Bible. For years I have taught about the integrity of the Bible and how it applies to life. But yet, many Christians who intellectually would say they trust the Bible do not read it, or at least with any regularity. In thus neglecting the Bible, they miss out on God’s wisdom. I’ve observed that many questions that people often bring to me are ones they could have answered themselves if they had just systematically read their Bibles. Instead, their Bible sits quitely until it’s needed to prove or disprove a point they’ve already arrived at. In living this way, they miss out.

But the Bible is trustworthy and is practical for today and eternity. Therefore we should be in a regular rhythm of reading and meditating on the Bible. Greater still, we must read it. While there are more, here are six quick reasons why.

Textual Integrity. As I have taught numerous times and written about in the blog, there are solid, scholarly reasons to trust the Bible. In fact, there is more evidence for the veracity of the Bible than any other ancient literature. So we can know that it is reliable. One such post is here.

Availability of the Bible. In short, we CAN read it. I still remember the morning James walked into my dorm room years ago and yelled at me because I had laid my Bible on the floor next to my bed when I went to sleep the previous night. It’s no big deal, I thought. But then it was clear. James came from Southeast Asia, where finding a Bible is rare. Think of all the places on the globe today, like China, Saudi Arabia, or Cuba, where it is almost impossible to find a Bible. You will be imprisoned in some of these places if found with one. So I wonder if we take our Bibles for granted.

Obligation to the Past. We owe it to those who gave all that we might have the text in our native tongue. The New Testament was written in koine Greek, and the Old Testament was primarily written in Hebrew with a few portions in Aramaic. Serious translations are taken from the original languages and not the latest translation. The connection here is that over the ages, many highly intelligent scholars took the time to find the oldest manuscripts possible, do the hard work, and translate the ancient sacred text into the world’s mother tongues. Early translators often did this at their own risk, as the authorities wanted to control who had a Bible. One illustration is William Tyndale, who was burned at the stake for his work in 1536. I wonder if we’ve taken our Bibles for granted in considering the costs others paid that we might have the text in our language.

Answers for the Questions. We will find answers to give to those who ask. I’ve often heard Christians speak of fearing to share their faith because they may be unable to answer the questions. I get that, and quite honestly, we will never have it all figured out. However, the more time we spend in the Bible, the more we will be able to retain the Bible and give its blessings to others with questions.

Divine Connection. We will come to know God more. It’s like any other relationship. The more we spend time with people, the more we know them. The most significant way to spend time with God is to read His Word.

Life Application and Spiritual Formation. Reading the Bible will change us. The author of Hebrews, writing under divine inspiration, noted that “the word of God is alive and active. Sharper than any double-edged sword, it penetrates even to dividing soul and spirit, joints and marrow; it judges the thoughts and attitudes of the heart.”

Maybe the last one is why this man chooses not to put much stock in the Bible. Yes, while the Bible will lead us to God, comfort, and guide us, it will also convict us of sin. In those moments when our spirit and conscience are convicted, we have two options or responses. One is to bow under the conviction, acknowledge and repent of our sin, and follow Christ anew. The other option is to try to eradicate the conviction. Thus, if the Bible convicts us, the easiest option is to attack the credibility of the Bible, and then one can continue to live in rebellion, having thought to secure control and lordship of their life.

Maybe that was the issue for the highly educated man who entered my office looking for advice. The problem wasn’t so much his not knowing the credibility of the Bible but rather his unwillingness to humble himself under the Bible. What about you? If you have a Bible, have you examined the evidence for the sacred text, and are you reading it regularly? What have been some transformative times in your life in connection to the Bible?