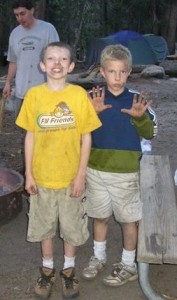 Solidarity is what she opened her discussion with.  Shortly after the December 2nd mass shooting in San Bernardino by a Muslim husband and wife, Wheaton College Professor, Larycia Hawkins, set out to demonstrate solidarity with her Muslim neighbors by wearing a hijab.  She cleared the actions with Wheaton, which is a major Christian liberal arts university, and all appeared to be fine.  While my idea of solidarity promotion wouldn’t include the wearing of a hijab any more than suggesting that a Muslim cleric wear a Catholic Priest’s collar, I understand the desire to do something to foster a spirit of peace.  I agree that stereo typing all Muslims as terrorist is something that we must fight.  Days later though Professor Hawkins was suspended by the university.  As some raced to condemn the institution and point to the public wearing of the Islamic female head covering as their reason, the real issue was much deeper and I completely agree with Wheaton’s decision. END_OF_DOCUMENT_TOKEN_TO_BE_REPLACED