Would you believe it? I got a red-light ticket last month. My violation occurred the day after Christmas when I drove up to Austin to meet with Robert Tippett for lunch and some Sunday Night Discussions strategy time. Actually I was informed later on that technically it was in Round Rock, Texas where my heinous crime occurred and that my geographical blunder was very offensive to both Austin-ites and as well as citizens of Round Rock. Sorry about that. In short, I was trying to navigate traffic in an unfamiliar area and I took a right turn on red without coming to a full and complete stop. Yes, there in lay my crime. I know the law. One must come to a complete stop before turning right on red. Taking a quick look before turning doesn’t cut the mustard. I was frustrated though and in a hurry. So I figured my intentions were good enough. I just assumed that overall I’m not a bad driver. I mean this is only the second ticket since I got my license the day after I turned 16. I didn’t hurt anyone and my haste was obviously for a good purpose. It should not have been a big deal at all. Come on, it’s not like I had road rage or something. END_OF_DOCUMENT_TOKEN_TO_BE_REPLACED 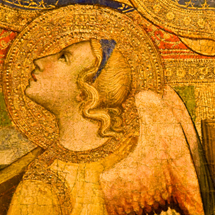 I also didn’t know before the performance that Handel had crafted the entire symphonic work around direct quotations from scripture.  That’s it.  Every word sung by the soloists and chorus were direct quotes from either the Old or New Testament recounting the life, mission, and glory of Christ. I have some music appreciation and background myself (no; I’m not as barbaric as I might seem at times) so I was able to appreciate the talent and time investment of every piece of the performance from the strings to the soloists and combined vocal chorus to the few brass and wind instruments as they combined into a profound musical and maybe even spiritual experience.  It was indeed a great evening.  Not to mention I got to sit next to the hottest lady in the building. END_OF_DOCUMENT_TOKEN_TO_BE_REPLACED