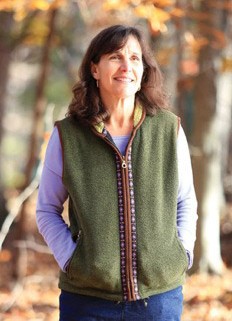 In light of some recent social discussions a friend sent me the clip below which is incredibly timely and pertinent for our day.  The speaker in the clip is an ex-lesbian and feminist scholar.  I’m particularly recommending her story for everyone trying to honestly discern truth verses myth in our modern cultural debate in Europe and the West over sexual identity and the subsequent ramifications.  Dr. Butterfield is a brilliant, rational thinking, and deeply theological woman.  In this lecture she gives some serious and loving answers to legitimate questions as she speaks with the experience of having come from the LGBT community and a post-modern world view.  I linked an article about Dr. Butterfield on my Face Book page several months ago, but decided to include her story here because of the way she so meticulously addresses the question at a root level in the lecture.  Here are at least four points that immediately came to mind when I reviewed the clip: END_OF_DOCUMENT_TOKEN_TO_BE_REPLACED

Indeed one can see chaotic times looming as the natural and logical progression of moral relativity continues to shape values and then laws. However; my purpose in writing today is not directed toward those who oppose Biblical sexuality and marriage, but rather to offer up a challenge to those who are truly trying to follow Christ. END_OF_DOCUMENT_TOKEN_TO_BE_REPLACED