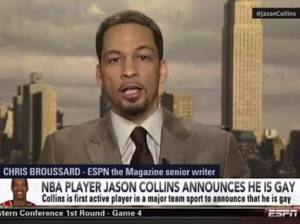 I only played basketball for one year in elementary school and royally stunk at the game.  Not my favorite sport.  So it’s probably no surprise that I’m picking up the news feed a bit late on the media controversy of Jason Collins coming out with a gay lifestyle and the subsequent commentary of his Christian colleague, Chris Broussard.  I saw the opening news frenzy and reactions yesterday but really didn’t pay too much attention.  This morning however, I received an article link from a friend which is worthy of note when looking at the larger picture.  There are at least two observations we can make not only from the article, but from the discussion itself.  END_OF_DOCUMENT_TOKEN_TO_BE_REPLACED

In Search of Joy

Well this stinks! Ever felt that way before? Ever said that out load before or even thought it under your breath with only yourself and God as the audience? Yup; me too. We’ve all been there. The truth is that life does stink at times and those who appear to constantly live above the fray and claim no pain are probably not dealing with reality and know a Christianity other than what I know. When I read the Bible I don’t see perfection, at least not on this side of eternity. No, I don’t see “health and wealth and lack of problems.” I see . . . stink. I see real life in the Bible and the kind of life that we experience here in the 21st century. While the Bible was inspired by God, it was written through human agents who breathed the same air and problems we face today. They were human and at times their lives stunk as well. Elijah felt suicidal. David wept bitterly. Paul spoke of anxiety regarding a dear friend near death. Even Jesus, God in flesh, spoke of the problems of his age and ours and the fact that just like they hated him, they would hate his followers as well. Yes, I see loads of stink in life and in the Bible, but I also see hope. END_OF_DOCUMENT_TOKEN_TO_BE_REPLACED