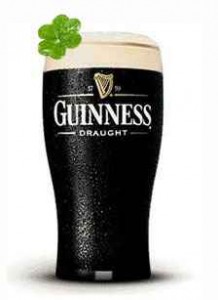 I’ve always been a HUGE fan of St. Patrick Day. No, not for the Guinness Green Beer.   Though I can’t say I’ve ever tried it, so who knows. Some of you may know that March 17th is my birthday so that probably explains a lot. That’s why I always feel exempt from having to wear green on St. Patrick’s Day.  But the real reason for my fondness for this day is its name sake, St. Patrick himself and the beautiful Irish folks that he gave his ministry and life for.  What do we know about Patrick?  Well there’s a lot of legend and lore surrounding him, but what we do know is that somewhere around 400 AD he was taken prisoner from Great Britton by Irish raiders and enslaved. Eventually Patrick made his way back to Britton after experiencing a Christian awakening of his own and later sensed a call to return to Ireland to share Christ with his captors in the 420s. History tells us that God used Patrick in a mighty way to leads countless Celts to the love of Christ.  The picture that we have of Patrick is a man who was profoundly committed not only to Christ, but to the people of Ireland as well. He loved God and he loved the people.  END_OF_DOCUMENT_TOKEN_TO_BE_REPLACED

Today is International Women’s Day which is a big thing in parts of the world like Europe.  The first time I heard about this celebration was when Deb and I lived in Russia back in the mid 90s where IWD is a huge deal.  The roots of this movement began in the early 1900s on the heels of the industrial revolution where women experienced great oppression and unfairness.  In 1908, some 15,000 women marched through New York City demanding shorter hours, better pay, and voting rights.  This movement continued in other countries and the first official day of celebration was held in Austria in 1911 and followed in the US with the 19th Amendment in 1920.  On this day of celebration I’m remembering some influential ladies in my life and am thankful for them, but I’m also a bit saddened at the agenda of the modern feminist movement.  Is this because I’m opposed to women’s suffrage and really am a chauvinist at heart?  No.  Rather, it’s because I am totally for women and sense that what has arisen out of this healthy and right call for equality has now morphed into a recipe for tears.  The problem that many may not grasp is the mistake of equating equality for sameness and thus a drive to purposefully remove any difference between the genders. END_OF_DOCUMENT_TOKEN_TO_BE_REPLACED

In the post the Kevin notes various changes like the present phenomena of launching multiple campuses or sites by mega-churches opposed to planting autonomous churches. That subject is indeed another debate for another time.  Here however, Kevin focused on individual people rather than on methods. His point being, in one sense, that every Christ follower can be involved in church planting. I agree with that assessment and would take the thought one step further. The key to really ushering in church multiplication and kingdom expansion is just going back to serious discipleship and not more machinery. END_OF_DOCUMENT_TOKEN_TO_BE_REPLACED