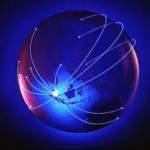 I noticed a milestone of sorts the last time I posted here on Kingdomology.  As I made the click to publish the article I saw that the post was number 50 and I kind of felt like something cool had just happened.  Sure, it wasn’t earth moving or anything like that, but I guess I just felt like we’ve established some permanency here.  But the thing that has been really neat over the past year and a half has been witnessing the technology we have at our deposal today.  It’s been fun to check out the Google Analytics behind the site and see where we’re getting hits from around the world and where people are reading the most.  BTW, whoever you are in NY and London, send me a note sometime.  I’d love to meet you via email.  But I see all this and wonder what the great missionaries of the 18th and 19th centuries would have done with all the tech we have today.  It took Hudson Taylor five months to get to China from England and we can do that in hours today.  We can communicate in seconds through the web and instantaneously through the phone to the other side of the globe.  People all over the world grow up with at least a basic knowledge of English which makes global communication so easy.  There are just so many ways we can communicate the love of Christ today that were not available years ago.  In my calling as a minister, today I can encourage more people around the world in one hour by email than evangelists, pastors, or missionaries of the past could have dreamed of doing in a week.   As far as teaching goes, a few years ago I was able to share the message of Christ with some folks in closed door countries using a site called International Bible School.  So it really is amazing to see all the possibilities we have with the World Wide Web.  What about you?  How are you using tech today to expand the Kingdom of God?

PS  Thanks to all the faithful readers.  It’s been a blast and there’s more to come. 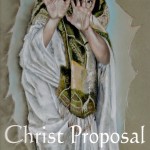 Well, it’s been an exciting ride so far with the Christ Proposal.  Without a nationally recognized publisher or marketing agents, we’ve already been able to touch a lot lives and that’s worth cheering about.  One testimony we received was of a woman who purchased a book on opening night.  She read it in one sitting, cried, and then bought 20 more to give away to her friends.  Our original intent was not to write this project with a women’s audience in mind, but that’s kind of how it all evolved.  So the publisher, artist, and I have already had preliminary conversations about doing a similar work geared more toward men.  In addition to the various ministries and churches we’ve contacted, Barns & Noble has picked the book up for distribution.  But the most exciting thing is just imagining all the lives that can be brought to see the love of Christ through this project.  If you don’t have a copy yet, you can grab one through B&N or contact us for bulk orders and ministry projects.  If you need one free, shoot us an email and we’ll see what we can do.  Keep praying that God will use this project to open up hearts.

If I were to entitle this post anything else, I suppose it would be something like, “The Last Will and Testament of a Young Republican.”  That’s right; I was once a Young Republican a long time ago. But things are different now and it doesn’t have anything to do with age.  Now before my “Lefty” friends out there get all excited, you need to know that I’m not defecting to your political party either. Rather I’m pressing the cancel button on the whole system as far as my involvement goes.  While this doesn’t mean I’m never going to vote on issues I believe in, it does mean a drastic and purposeful decision to refrain from direct political involvement and commentary.  Even on my Face Book page I’ve listed the “Kingdom of Heaven” for my political views.  As followers of Christ we have to keep in mind that we’re part of His eternal Kingdom which supersedes the greatest Kingdoms of men.  But is this stand of total avoidance too radical?  After all, it would seem from the scripture that politics is a freedom issue.  We even noted in Part I. of this series that we can’t separate the sacred from the secular and this would apply to politics as well.  Yet considering the transitory nature of this realm, I do believe that this is an issue that Christians should seriously wrestle with.  As for me, I’ve drawn the line in the sand to abstain and here are at least four reasons why. END_OF_DOCUMENT_TOKEN_TO_BE_REPLACED