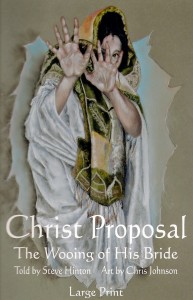 I’m excited to report that “The Christ Proposal” is going public this weekend at the “First Friday Art Walk” in Amarillo, Texas.  We’ll also begin offering the book here at Kingdomology starting this Saturday along with some other outlets.  What is The Christ Proposal?  Well I’m glad you asked.  It all really began as somewhat of an academic discussion just over a year ago when we were in a transitional period of our ministry.  We had finished up a church plant in Nor. Cal. and having passed off the baton to the leadership team there we were basing in Amarillo while we waited for clarity on the next move.  During this time I was doing some manual labor for a friend when he brought up a discussion he had heard on the radio while traveling.  The focal point was a minister’s comment about Jesus Christ making a proposal to his Bride; or the Church.  It was a fascinating thought as scripture does refer to the Church as the Bride of Christ.  Out of these discussions, a book was born.  The Proposal is a devotional book using direct scripture references and scriptural allusions woven into a first person narrative as though Jesus Christ were speaking directly to His Bride; the Church.  But the greater implication is the personal impact of how Christ is also speaking to us as God’s children. END_OF_DOCUMENT_TOKEN_TO_BE_REPLACED

Please . . . Something more than Better! 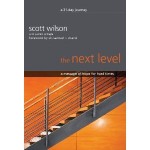 I got a new book from a friend the other day to look over and I think it has some potential.  The Next Level takes an honest look at the struggles in our lives and points out that we have a choice to either see them as a prison or as a testing ground in which God can develop our character.  The author outlines his plan by examining the tests of 31 biblical characters and then brings some application to our lives.  It’s not a bad idea and fits nicely into a month long devotion plan.  But I was a bit disappointed early on when I saw what is so prevalent in countless spiritualized self-help books today.  In part of the introduction, one of the authors describes his church as a place where they want to help people be “better husbands and wives, better parents, better children, employees, friends and neighbors and ultimately, better people.’”  Better people?  I read that and thought: I don’t want to just be better.  I want to be different; radically different.  I want to have a change that is way above anything a simple 5 or 10 step plan can accomplish.  I want transformation. END_OF_DOCUMENT_TOKEN_TO_BE_REPLACED

Thoughts on Terry’s Tirdae and Quarrel with the Quran. 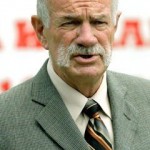 I wasn’t planning to weigh in on Terry Jones and his plans to burn a boat load of Qurans this Saturday; September 11th.  But when I saw a number of folks commenting about it on Face Book this morning I changed my mind.  I hardly ever dive into politics anymore and may actually blog about that decision in the future.  But I do want to discuss current issues of the day and relevant ways citizens of the Kingdom of God can respond to them and process them.  On this issue, it would seem that “Pastor” Terry is a bit misguided here in interpreting exactly how Jesus would have handled the situation and what the spiritual ramifications are.

To begin with, I find the whole thing humorous if not sad on at least three points.  END_OF_DOCUMENT_TOKEN_TO_BE_REPLACED