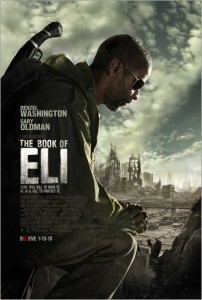 But it does raise questions among some Christ followers.  Is it good to see and pay money for shows like this?  I mean there were scenes with graphic violence, some really hard language, and at the end the Bible is meticulously placed between the Torah and the Quran.  How do you even interpret that last one?  Were the writers showing that the Bible was superior to the other two or more than likely just implying there was no difference between them?  Yes, there were some real issues in the movie and if they are a conviction on your conscience, then you need to pass it by.  But on the other hand no one should judge someone else who did watch it.  For while I would not want little kids to see this show, I believe that Christ followers ought to give this sort of thing another look.  Here are some reasons why. END_OF_DOCUMENT_TOKEN_TO_BE_REPLACED