Outdated Lighthouses and Churches Too?

Deb and I still have a bunch of really great friends back in Nor. Cal who will always be a part of our lives and the Kingdom effort.  One friend that is somewhat new to me is a great guy named Troy who has been involved in church planting and discipleship for a while and is really striving to know God.  Troy and Dawn live on the edge for Christ and I really appreciate their wisdom and input.  So, I was strolling down one of Troy’s blogs yesterday and came across a recent post he put up.  I thought that it really fit some of the discussions we’ve had on Kingdomology and the CHURCH.  In particular, do we really need to go to church every Sunday or is that just something archaic and for our grandparents.  I’ve got some thoughts, but check out Troy’s post, chew on it for a bit, and I’ll get back to you in a few days. 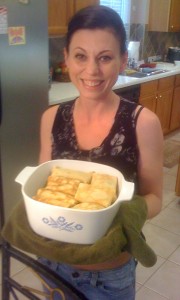 A Discussion worth Having. Part II. Church and Hypocrisy.

Ok Bonnie,
There’s a lot you have to say and I like your honesty and being upfront. No need to play games here. So with everything you wrote, (and didn’t write) we’ll just tackle one point at a time.

As I noted earlier, there exists a counterfeit church today which is quite foreign from the real deal. But there is always an element of the real CHURCH in the world no matter what kind of institution is being propagated. You can read more about the authentic church here in Kingdomology under the CHURCH page. But in short, the Church has nothing to do with buildings or institutions. The authentic Church is more about God’s people called to him. When it comes to people, yes, you are quite right, there are a lot of people who make great claims about being good “Christians” but don’t seem to be any different than the rest of the world other than just being a religious pain in the rear because of self-righteousness. I get that. But here are some other points to consider. END_OF_DOCUMENT_TOKEN_TO_BE_REPLACED